A Roseate Spoonbill flies on April 9, 2014 in Freeport, Texas. With the expanding of the LNG plant mangy people think it will effect the wildlife in the area.
With the Freeport LNG in the processing of buying all the homes in Quintana -- a tiny island town with a population of about 60 -- before it begins construction of an LNG export facility. The move has divided the town. Some are happy to get a pay day. Others don't want to sell out and fear that the plant will permanently ruin the little island they've grown to love. An existing Freeport LNG import facility is on the east end of the island; once the export facility is completed on the west side, the island will largely be industrialized. The fear is that the cute down filled mostly with retirees will cease to exist if enough people sell their homes. (Photo by Thomas B. Shea: For the Houston Chronicle) 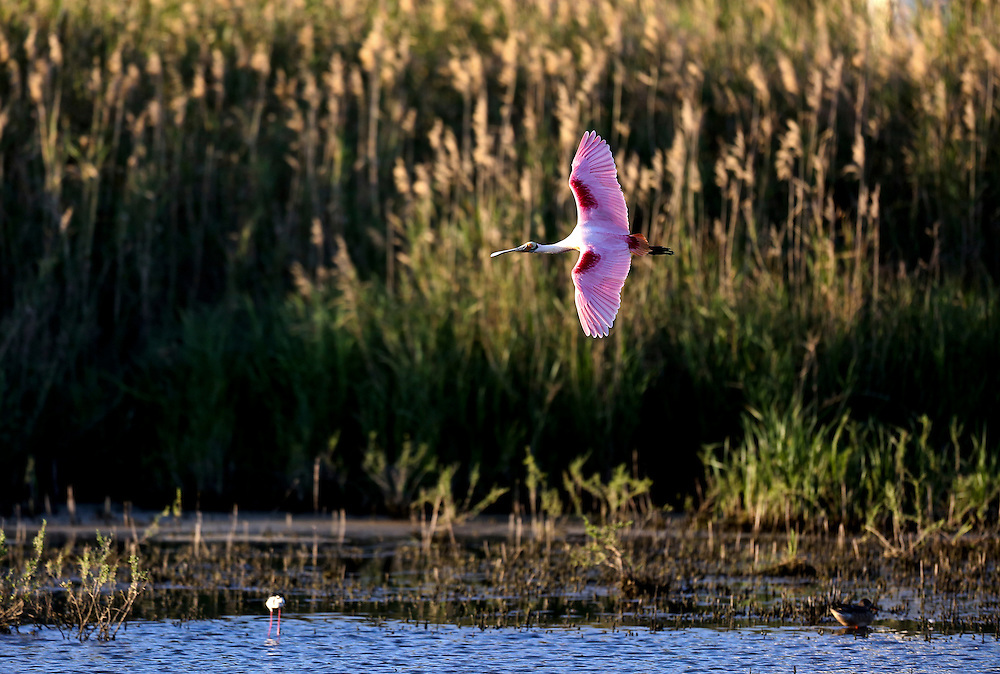